Coffee is not just a globally preferred beverage, but it has revolutionized since the years as per the people, their places, their socio-economic traits, and lifestyle, and so on.

In every part of the world, you will have a unique set of varieties the coffee is served with.

In this article, we are going to discuss, “What is a breve coffee?”

Let us get to the basics to have a clear idea about a Breve coffee.

What is a Breve?

Whenever we hear about this variety, the first question that arises in our mind is, ‘What is breve’.

The term ‘Breve’ is an Italian word for “Short”. In the world of coffee, this term is used whenever we replace whole milk with half-and-half in any variety of coffee.

Half-and-half is a kind of dairy product, which is made by combining equal parts of cream and whole milk.

Lower fat milk almost doubles in height when steamed. This is not the case with half-and-half. Therefore, instead of low-fat milk if you use half-and-half in coffee, it will not rise much and remains shorter.

It is a popular conception that this is the reason the coffee containing half-and-half is known as cafe breve.

What is a Breve Coffee?

Breve Coffee is a combination of espresso, steamed half-and-half, and foam. Any classic espresso-based drink, whether it is a mocha, latte, cappuccino, if the milk component is replaced with half-and-half it is called breve coffee.

To avoid confusion, it is essential to know the popular interchangeably used terms for breve coffee.

At some places, Breve coffee means latte with half-and-half.

In other places, Italian cappuccino means cappuccino with half-and-half.

So, it is advisable to be more particular with the kind of espresso you wish to have as a breve.

While at all other places Breve means a drink consisting of espresso and half-and-half, at Starbucks, the word breve stands for half-and-half.

As such, if you order a breve at Starbucks you might get a cup of steamed half-and-half.

In usual terminology, breve is a modified form of a standard latte.

So, when you are at Starbucks and wish to order the same drink, just mention it as ‘breve latte’.

It is vital to note that here you can have milk replaced with half-and-half in any of the drinks listed on the menu.

The most important thing to mention here is a Dutch bros jargon for half-and-half is Kick-me-Mix.

The kick-me-mix in the Dutch Bros menu stands for the breve. Note that they serve breve drinks in 32 Oz cups, which is quite large as compared to others.

The Dutch Bros also offers a skinny version of breve drinks where they use non-fat milk while preparing half-and-half.

The major difference between latte and Breve is the type of dairy we use. Café breve is a latte made with half-and-half instead of milk.

Cafe breve is also known as the American variation of latte.

Is Breve a healthy option?

Breve is not a healthier option. The calorie content is much higher in breve versions. High-fat content makes it much sweeter than its low-fat counterpart does. It has a subtle sweetness of half-and-half. So while having a breve coffee, it is advisable to avoid extra sweeteners.

Thus, we can see that the calorie content in the breve versions is almost double, as compared to the whole milk versions of coffee.

The only healthier option is to take a small cup of café breve and enjoy the drink to the fullest.

Is there a cold version of breve coffee?

Yes, there exists a cold version of breve, which is prepared by mixing ice cubes, espresso, and half-and-half.

The iced version is considered to be a healthier version as the cup is first filled with ice cubes and then with half-and-half. The quantity of half-and-half is less and thus it contains low calories.

How to make a breve coffee?

The classic breve consists of a rich creamy flavor with a well-balanced combination of half-and-half and espresso along with desired froth.

The Beans must be of high quality and freshly roasted. To assure this, buy unroasted beans and roast them immediately before you grind them and make coffee out of them. If you do not do this, you will compromise with the quality of your drink and it will be subpar.

To make a half-and-half, take equal proportions of milk and cream and mix them well.

Steam and froth the half-and-half at 150-160 degrees Fahrenheit.

While steaming, make sure that the half-and-half is very cold otherwise it will not froth. It is recommended to steam it in a metal jug. Do not overfill the jug, as the half-and-half will expand after steaming.

Take a 2 Oz shot of espresso. Pour steamed half-and-half into a mug, add foam at the top, and then slowly pour espresso in it. Add more foam at the top.

To make the drink look more attractive, serve it in a glass mug in which you can see the lavish 3-layer cafe breve exhibiting espresso, half-and-half, and foam.

Breve is pronounced as “Breev”, considering the second ‘e’ as silent.

If you need a little more grandeur and opulence in your coffee, go for a breve coffee. Café breve has always dragged much attention among coffee lovers due to its richness, thickness, creamier texture, and bold flavors. It is just having a coffee, a lavish way.

We hope that all your queries about ‘what is a breve coffee’ are answered and this luxury among espresso drinks is no more a quest or a puzzle for you.

Can I make a breve coffee at home?

Yes, you can make a breve coffee at home with a basic coffee maker like Aero press Go.

How is a latte different from a breve?

The only difference between a latte and a breve is the use of dairy. Latte contains whole milk, while in cafe breve the milk is replaced by half-and-half.

What is in a breve at Dutch Bros?

At Dutch Bros, breve is an espresso drink served with half-and-half. However, the terminology they use for half-and-half is Kick-me-mix.

They even offer a skinny version of breve drinks in which half-and-half is made up of non-fat milk.

Is Breve healthier than milk?

No, because of the high-calorie content, breve is not a healthier option.

What is Breve at Starbucks?

At Starbucks, the term breve stands for half-and-half. 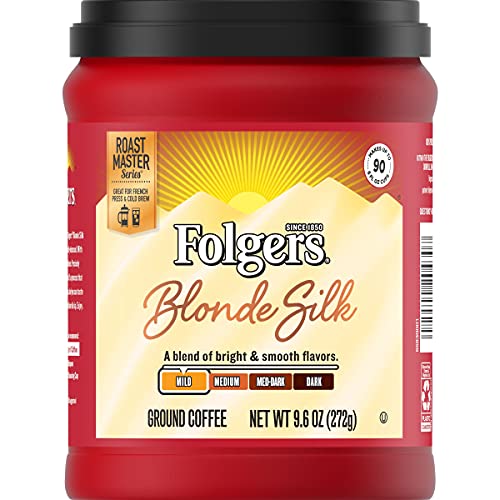 Price: (as of – Details) Make your mornings even brighter with Folgers Blonde Silk mild roast coffee. Vibrant yet velvety-smooth, this light roast ground coffee blend is crafted by the quality-obsessed. We start with methodically double-dried coffee beans that are precisely blended and, later, cup-tested. Thanks to its convenient ground coffee form, you can brew… 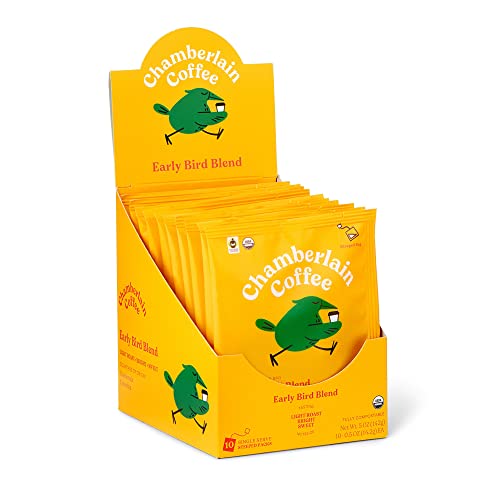 Price: (as of – Details) Statements regarding dietary supplements have not been evaluated by the FDA and are not intended to diagnose, treat, cure, or prevent any disease or health condition. Package Dimensions ‏ : ‎ 5.25 x 5 x 4 inches; 7.2 Ounces UPC ‏ : ‎ 850022199127 Manufacturer ‏ : ‎ Chamberlain Coffee… 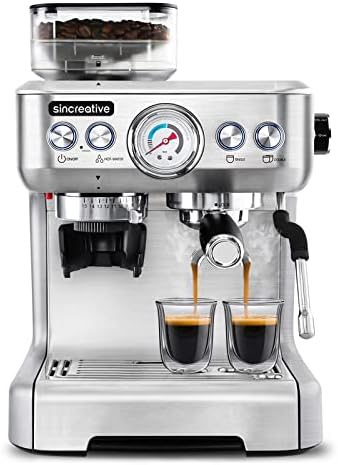 Price: (as of – Details) From the brand Sincreative The kitchen is the most important hub in every home. At Sincreative, we want to make sure your time spent in the kitchen is fun, practical, and efficient! That’s why we offer a range of products and appliances that look beautiful and stylish, and that meet… 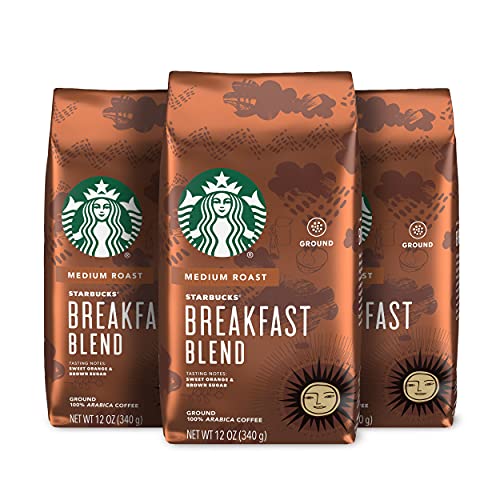 Price: (as of – Details) We introduced this blend in 1998 for those who prefer a milder cup. A shade lighter than most of our offerings—more toasty than roasty—it was the result of playing with roast and taste profile together for a flavor that appealed to a wider range of palates. Perfect if you want… 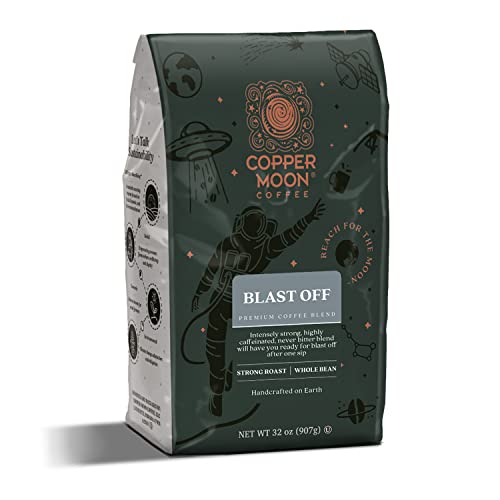 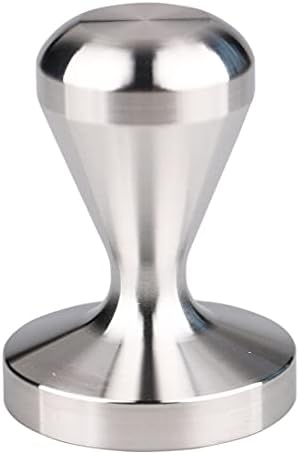